Here at Buxton Museum we are lucky to have an amazing selection of flint tools and implements. These range from the 10,000 year old hand axes, two of which we have on display for visitors to handle, to the tiny microliths (an abbreviation of the Greek word for stone -LITHIKOS), made by chipping small pieces off a core block of hard quartz flintstone.

One question I am often asked by visitors is ‘How can we identify a flint that has been shaped by human hands and not by geological activity?’ The answer is ‘not easily’. Flints were fashioned, using a fracturing technique; by striking a single point on the core stone to send out fractures through the whole block (a bit like splitting logs with an axe). Unfortunately, the same technique and result was achieved, en masse, when ice formed in the cracks of the flint rocks during the Ice Age; making it difficult to identify geological flints from handmade flints.

It is worth bearing in mind that the ‘human hands’ that often shaped these flints did not necessarily resemble the human hands that we know today and that different species of humans shaped and made flint tools according to their capabilities. There have been several species of human primate along the journey to the current model: Homo-Habilis, Homo erectus, Neanderthal, and Homo Sapien to name the most widely known species’ and most, if not all, species made and used flint tools in varying forms. Flint tools made by some of our earliest ancestors, such as Homo erectus in the Lower Palaeolithic Age around 1.8 Million years ago, comprised two – sided, pear-shaped, hand axes and scrapers fashioned from thick flakes of flint. These type of tools are categorised as ‘Acheulean’ which refers to the technology and industry which produced them. Acheulean tools have the largest footprint of usage spread across earth and were continually produced for over 1 million years; making Acheulean technology the longest lasting industry on earth to date. 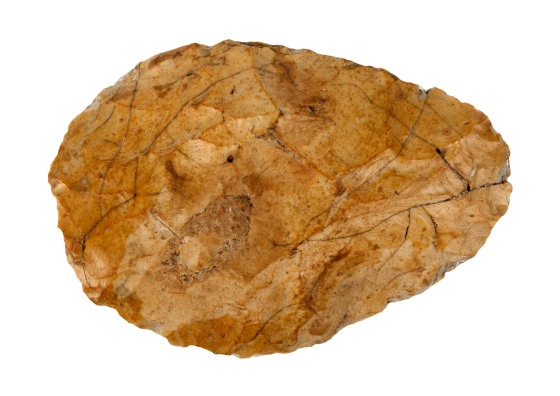 The Hopton Hand Axe  found near Carsington in Derbyshire shows extensive signs of retouching. It is believed to date from the Middle Palaeolithic, Acheulean era,  around 200,000 years ago.

Although the Acheulean design was to later re-emerge in Neolithic times, it was bridged by  different tools and technological designs during the Mesolithic period. Flint tools from this period, around 10,000 years ago, comprised tiny microliths of flint fashioned to make delicate arrow heads, scrapers, spears and wood working tools. The Mesolithic period fell between the end of the last ice age (although, technically, we are still in the ice age), about 11, 000 years ago, until the beginning of organised farm settlements about 6,000 years ago. Mesolithic flints were the tools of hunters – predominately used to hunt herds of game as the animals moved North, following the melting ice, for new pastures. 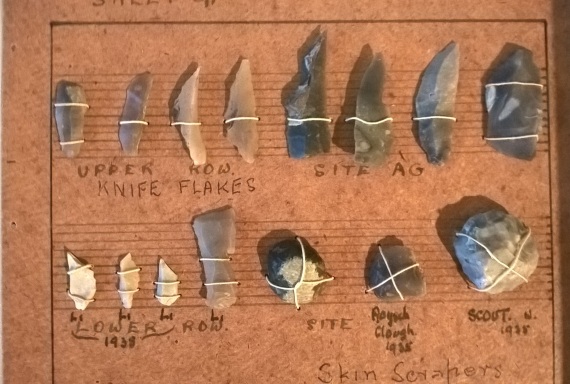 An example of the John Leonard Waterhouse Collection of Mesolithic flints originating from the Kinder Scout area of Derbyshire.

END_OF_DOCUMENT_TOKEN_TO_BE_REPLACED 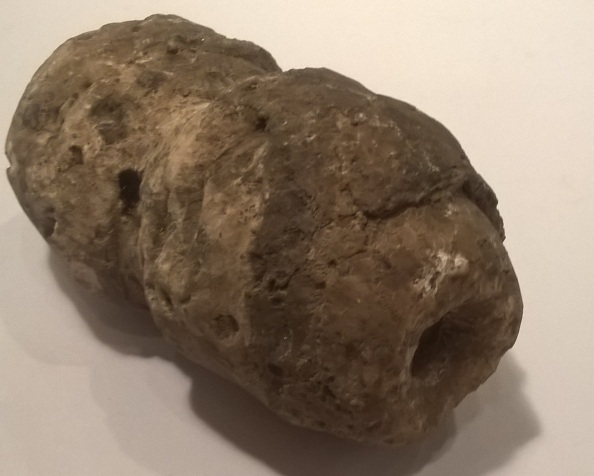 The hammerstone was excavated at Thirst House Cave, Deepdale, in Derbyshire, England. Its body is made of hard stalagmite, about 15 centimetres long and 8 centimetres wide, quite probably dug out of the stalagmite bedrock that makes up the floor of the cave. It is thought to have originated around 2,200 – 3,000 ago towards the end of the Stone Age. 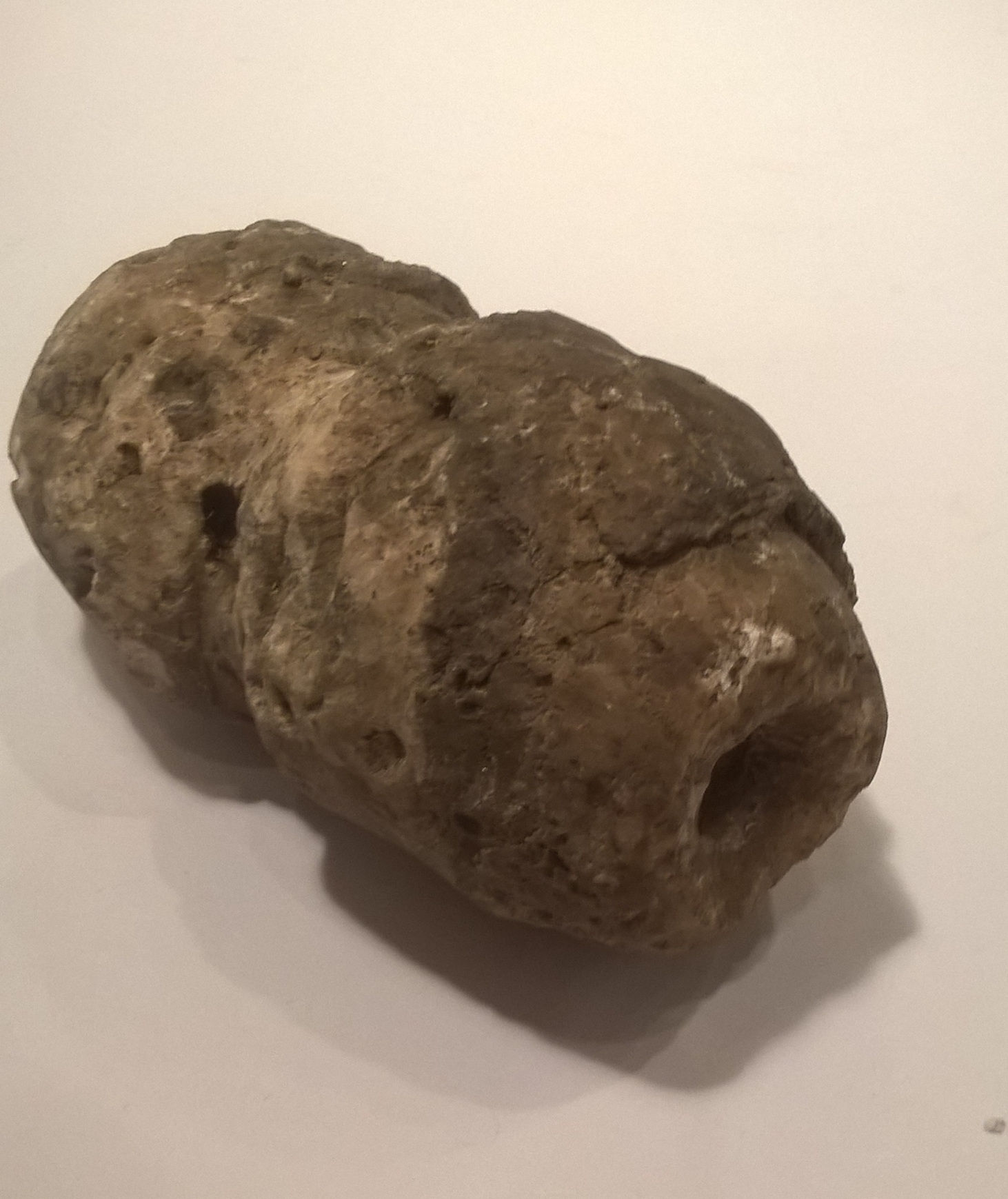 3,000 years ago tools had to be designed to be adaptable and practical. By cutting a groove around the centre of the stone, a cord, or thong, could be wound around and attached; meaning the stone could be swung, possibly in the style of South American Bolas, to down moving animals while hunting, or used as a weight when fishing, or as a close quarter sling-shot in combat and hunting situations. A hole gouged in one end enabled a long wooden shaft to be jammed into the… 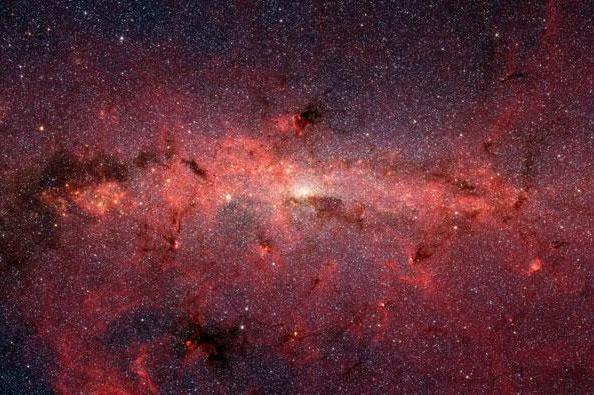 As we at Buxton Museum continue to decant, and digitally document, objects and artifacts from our old ‘Wonders of the Peak’ exhibition in preparation for our new and modern ‘Wonders of the Peak’ exhibition (opening in the Spring of 2017), I was wondering whether some my favourite objects will find a place in the new displays. Among many favourites are these slabs of rock which were created as the earth began to form and life began to take shape. 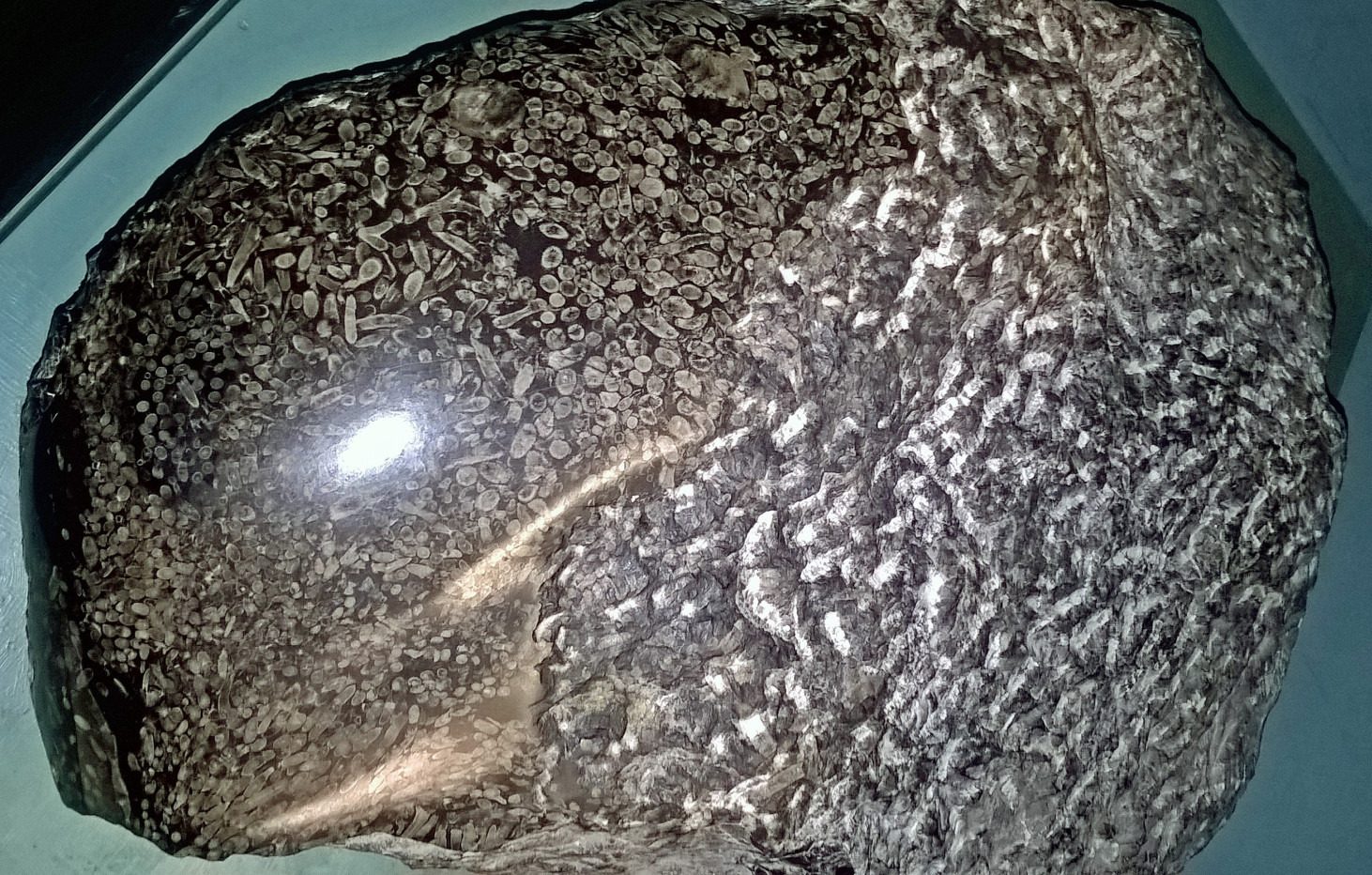 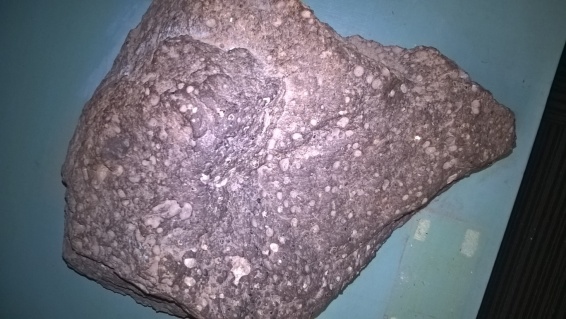 Not only am I reminded of the size and scale of the , volcanic, tectonic, and oceanic activity that was taking place on earth up to four and a half million years ago, but also of the rudimentary forms of life that have been trapped and preserved in these rocks. This then leads me to contemplate an…

Lead mining was a key industry in Derbyshire. The Romans were the first to mine and export lead, on an industrial scale, from Derbyshire and there are remnants of Roman lead mines scattered throughout the district at places such as Carsington and Wirksworth. The physical mining of the lead ore (raw material also known as Galena or Lead Sulphide) was not done by the Romans but was undertaken by slaves and criminals convicted to a life in the mines by the Roman Justices. The only up side of such a life sentence was the fact that the toxic lead dust, poisonous and explosive methane gas trapped in the surrounding rock, falling rocks, oxygen deprived, suffocating mine works, and back breaking work, meant that your life was likely to last just a few months. 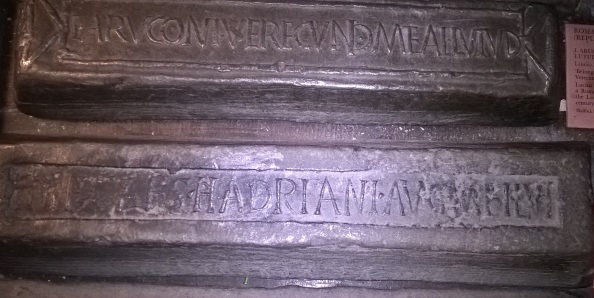 Bars of lead known as ‘pigs’ marked as belonging to the Emperor Hadrian  (AD 117 – 138). Each pig measures over half a metre. Discovered at Cromford Moor, near Wirksworth. 1777.

Lead was used by the Romans for many purposes. Perhaps, most importantly, because it could be melted down to produce silver for coins and jewellery. It was also used in the earliest pencils which comprised a lead and tin core; the pencil mark being easily erasable with softened bread.  Other uses were in glass, pottery glaze, writing tablets, weapons, fishing and goods weights, and to make pots, cups, and kitchen utensils.

Lead poisoning destroys the human nervous system, causes hair loss, memory loss, anaemia, constipation, and skin ruptures, among a long list of other toxic ailments, so, it is unusual to find that a very popular use for lead in Roman times, was its use in cosmetics and foodstuffs. White lead was used to create a foundation cream with which to lighten the faces of Roman ladies (and occasionally men). This was often enhanced with the application of red lead, nowadays used in the manufacture of rust-proof paint and batteries, to add a touch of rouge. Lead compounds were also used to make black hair dye and added to wine to enhance colour, flavour, and preservation.

Due to its resistance to acid and alkalies, lead was often used to line water aqueducts and make water pipes, valves, and other plumbing related fixtures.There are many theories as to why the Roman Empire finally came to an end but, perhaps, one of the more curious theories is the one that suggests that the Roman Empire collapsed due to its citizens being poisoned by the water which flowed through the Roman, lead- based, plumbing systems.

Imagine if a loved one, or friend, picked up a stone and asked you to make from it a piece of jewellery which they could hang around their neck. And, that the only tools available to you to make this would be other similar stones, a selection of animal bones, water, and wood. How would you go about it? How would you shape and smooth the stone? How would you go about creating a hole with which to put the neck lace through without, accidentally, breaking the whole piece?  In an age when the wheel was only just being invented ( believed to be in, either,  Ukraine or Iraq — the jury is still out on that one –) it must have been quite a labour intensive, frustrating, and time consuming task to create what, essentially, is a non essential, luxury item. That person would have to be pretty special! 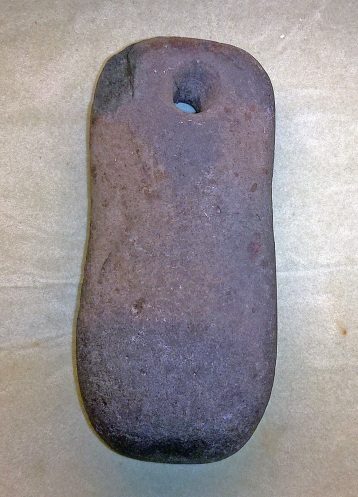 This stone pendant was found at Chrome Hill, Derbyshire and dates back to around 3,500 BC during the late Neolithic Period (Stone Age). The Neolithic period was the age when large stone circles  such as Stonehenge and dolmens like the Bodowyr Dolmen in Wales were first constructed. Although Chrome Hill has no neolithic monuments it is believed to be an important site for both the Neolithic and Bronze age peoples as a possible place of ritual. It is known for its unusual, natural features where the hill resembles a giant, ridge backed, exoskeleton, bulging out of the land beneath the enveloping blanket of the Derbyshire countryside. It is also reported that a remarkable split sunset can be observed at certain angles over Chrome when standing on Chrome’s nearby sister – Parkhouse Hill – during Solstice.

Whether the jewellery piece was the ancient equivalent of a wedding ring or, perhaps, worn by warrior women and men as a battle talisman, or merely used for trade, we can never know. But, like a Rothko painting it confronts us with courage and boldness while within its simplicity lies a much deeper meaning. A meaning that we may never fully grasp in our modern society.

Grey ware is, possibly, the most common form of pottery found at Roman sites across Britain. This was a locally made, functional pottery used for cooking, food service, and storage, by, both, the Roman army and local Celtic tribes. 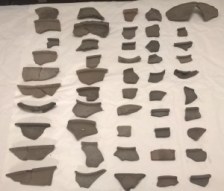 Grey ware would not win any prizes in a pottery beauty contest nor would it be the kind of best china that would live in a cabinet, only to be brought out during a visit from the local soothsayer. That honour was reserved for the more decorative Samian ware; imported from Gaul by the invading Romans. Grey ware is, though, a testament as to how local resources — mud grey clay and the knowledge of pottery production — could be used to create a thriving and prosperous trade by the tribes that opted to do business with the Romans. 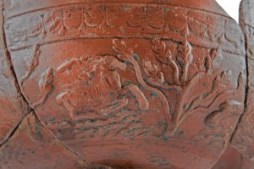 Samian Bowl made in the style of Germanus with…

We are standing at the edge of the civilised world, our homeland, Germanium, far behind us. Now we are Roman Army auxiliaries: the engineers and fighters of the 1st Cohort Frisiavones.

Before us, thick dark forests cover the hills, as they roll outwards, as far as the eye can see. 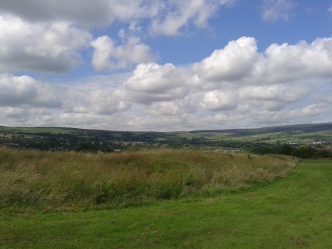 To the East, jagged outcrops of rock tower above us, pierced by tree-spiked peaks, like broken, bloodied, spears, clashing in the heat of battle. In the valleys below, the cursed marshlands where sickness and evil spirits dwell among the insect ridden, muddy bogs. Hostile tribes surround us. War with the Brigantes has led us to this broken wooden outpost. 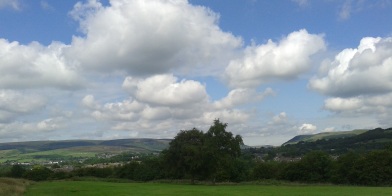 View to the East from Melandra

Here we will build a fort of stone. Here we will stand and fight. It is here that we Frisiavones will leave our mark. 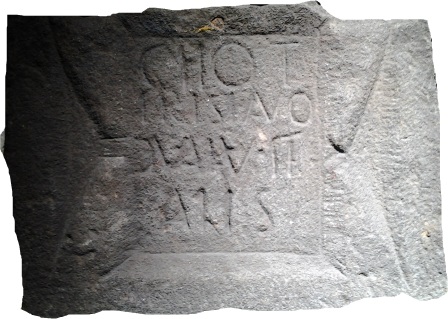 Stone laid by 1st Frisiavones under the command of Centurian Valerius Vitalis. About AD 108.

Note: Melandra is the modern place name for this area. The Roman name for Melandra was ARDOTALIA