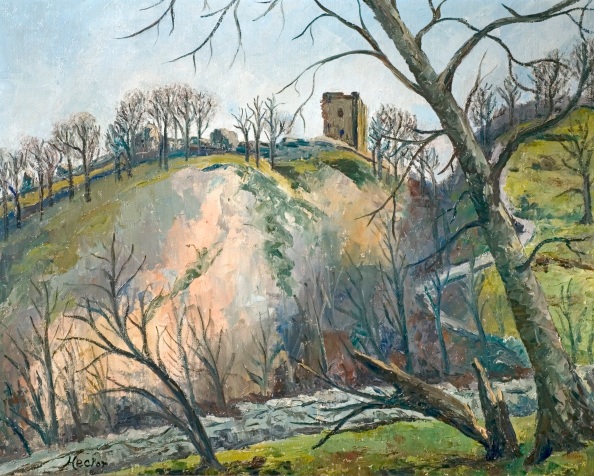 I recently visited the Lindisfarne Gospels exhibition in Durham (finishing 30th September). On display they had wonderful early-Medieval manuscripts mixed with other objects that reflected the skill of craftsmen during this period. The combination of these items was used to show the development of Lindisfarne and the North East of England as a religious, creative and intellectual hub. It made me think about our own medieval collection and what we know about the Peak district at this time. 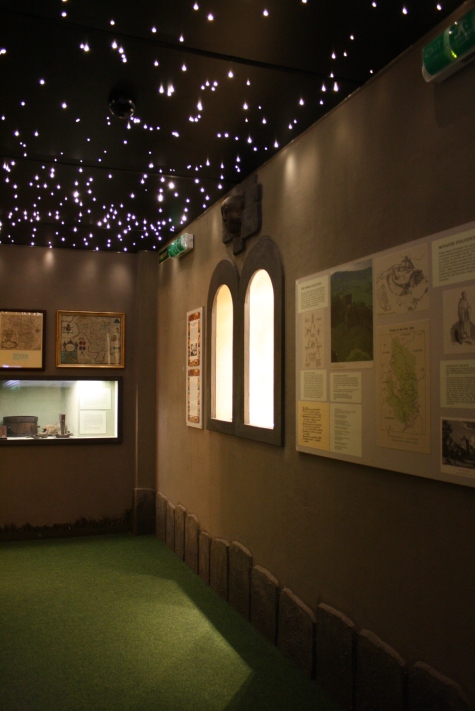 The Medieval gallery in the Wonders of the Peak

Currently our medieval gallery is more of a corridor than an exhibition, bridging the necessary gap from Roman to Enlightenment, and features a lot of text heavy displays that we want to update. We have several coins and weights on show, as well as tiles from Croxden Abbey and Dieulacress Abbey (only Croxden Abbey has survived – in ruins). The text tells us about the Norman influence on the area, deforestation and late-medieval trade; all big topics to sum-up in such a small space. 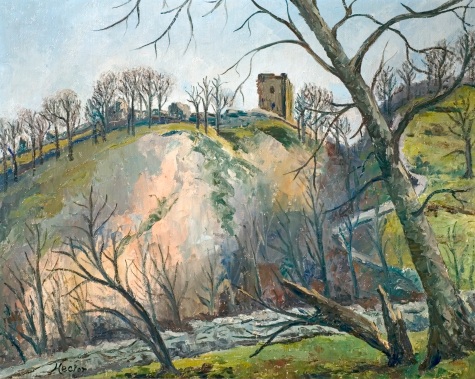 What more could we add? Well, it wasn’t just people in the 17th Century, and later, that thought the Peak District was a wondrous place. Several prominent chroniclers and historians in the middle ages wrote about the ‘Wonders of England’; the ‘wind-filled caverns of the Peak District’ was one of these 3 or 4 wonders. Henry, archdeacon of Huntingdon (1085-1155), wrote of the Devil’s Arse in Castleton that ‘a gale leaves the caverns in the mountain called Peak with such force that clothing cast in its path is blown aloft and jettisoned a good way off.’ Ranulph Higden (1280-1364), a monk from Chester who wrote one of the most popular medieval chronicles, the Polychronicon, also mentioned the Peak District in his ‘Wonders of England’. Over 100 manuscripts of his history survive but the ‘Wonders of England’ can be found in many more than that (although non at Buxton Museum & Art Gallery). 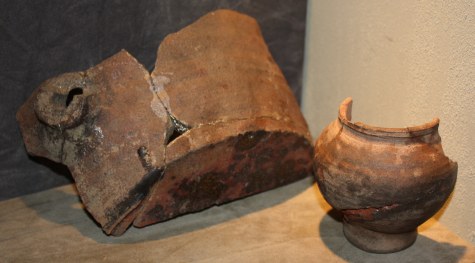 The ‘windy’ caves of the Peak District are actually where some of our collections from this period were found. We have a pottery fragment that was found in Reynard’s cave, Dovedale, and another set from Frank i’th’Rocks Cave, Beresford Dale. A couple of the coins were also found at cave sites (Reynard’s cave and Poole’s Cavern). Whilst we don’t have a lot of objects from this period, our collections demonstrate the ways in which people have maximised the dramatic landscape of the Peaks. It is this story that unites all of the collections at Buxton Museum & Art Gallery and is the story we will be returning to the landscape.